With the mast fairly round after my work with the hand plane, I continued with the final sanding.  I used a power sander to knock down the worst of the ridges, but my hand could still feel edges, so I then worked it over a couple times with a long strip of sandpaper, which could wrap around and did a good job of taking off the high spots.  It's pretty round now, and I've judged it good enough. Here's a shot of the base: 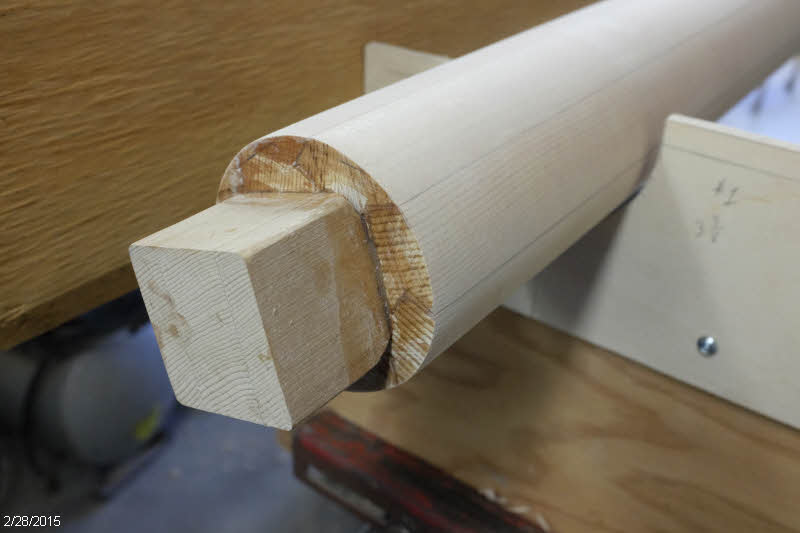 This is what a scarf joint looks like in one of the staves. 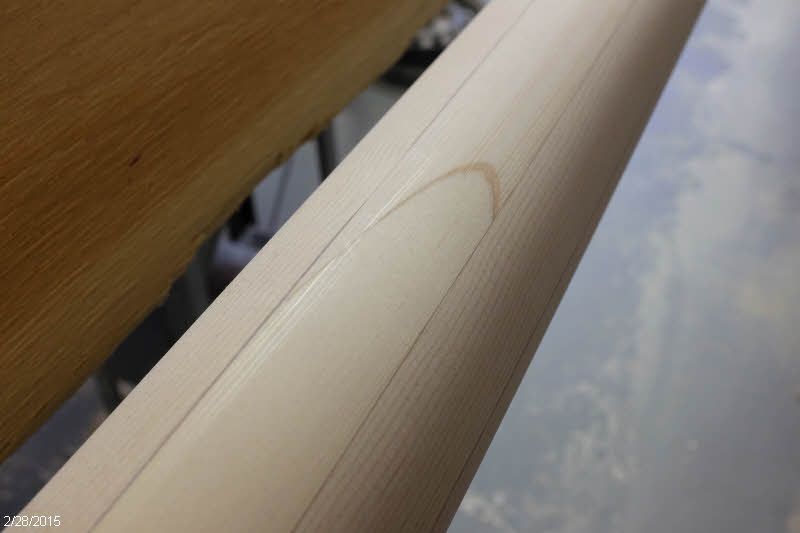 I then took my shinto rasp to the top end for a rough shaping. 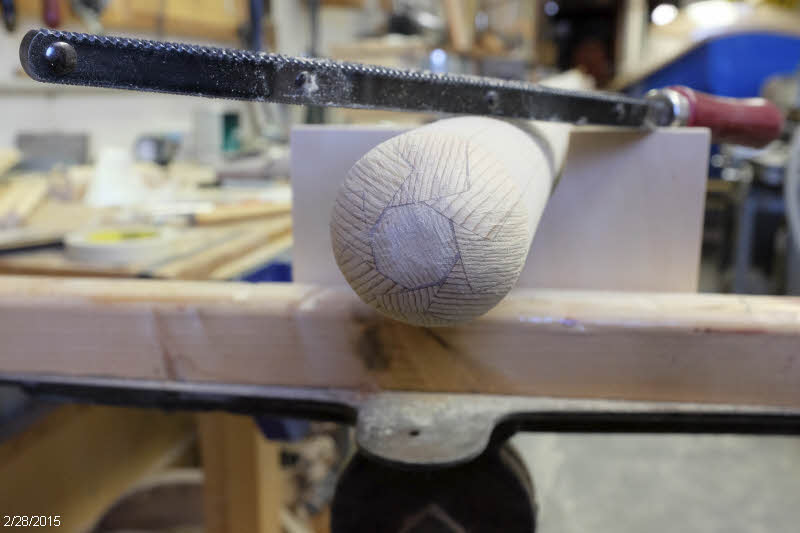 And then finished up with 80-grit sandpaper over a foam sanding block.  80-grit is the finest I've used anywhere on the boat. 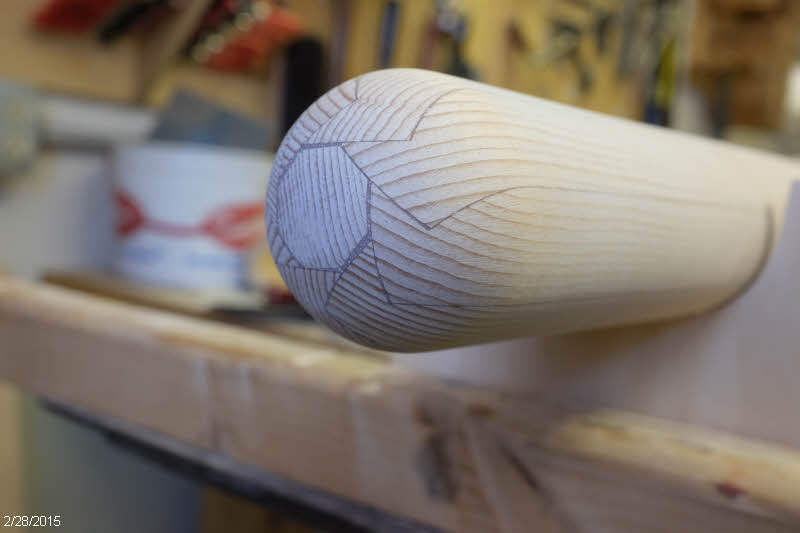 I then spent some time figuring out where the sail would lay on the spars, so I could determine where to drill the holes to hold the ends of the sail to the boom and the yard.  This took a while on the boom, as I also was figuring out where the eye straps and cheek blocks would go that handle the reefing lines.  I built my boom 6" longer than the plans, and ended up cutting two inches off. 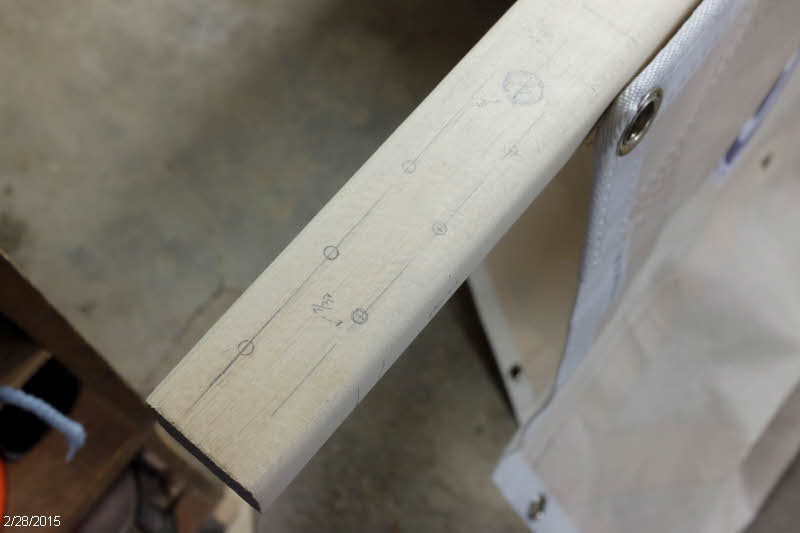 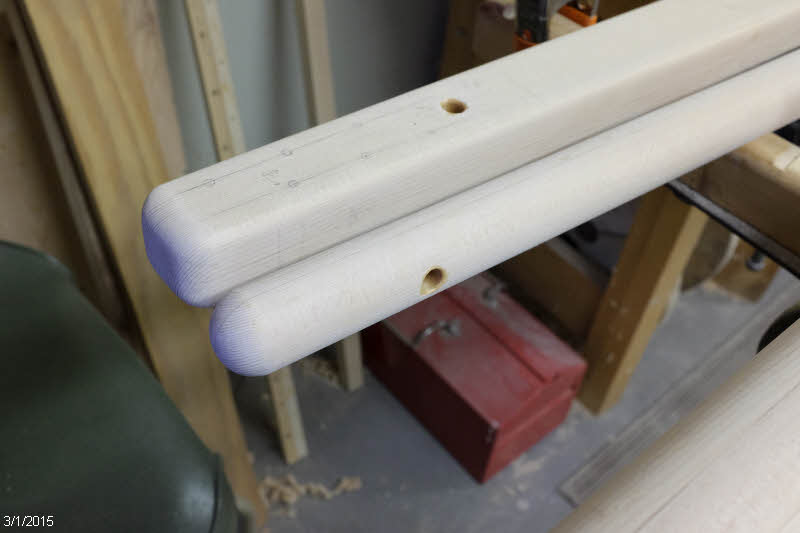 I also rounded off the edges on the base of the mast, 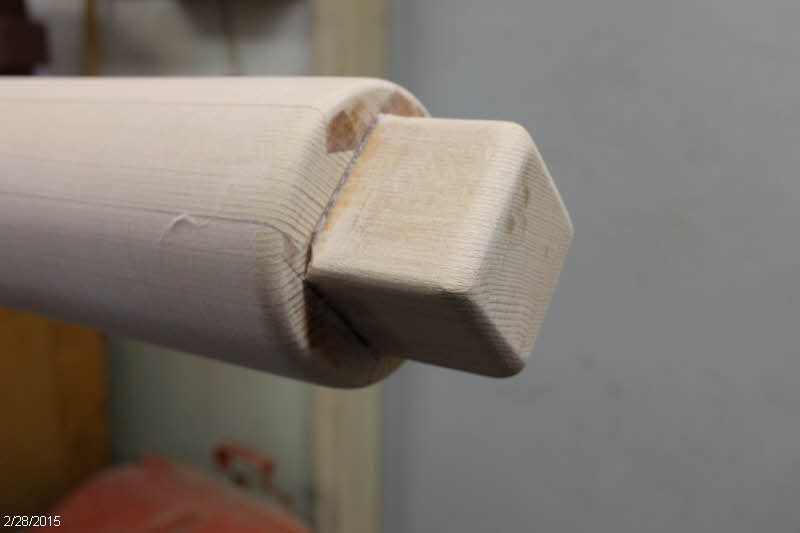 And applied a layer of fiberglass to the plug for wear resistance, as this will be inserted into the mast step with each voyage. 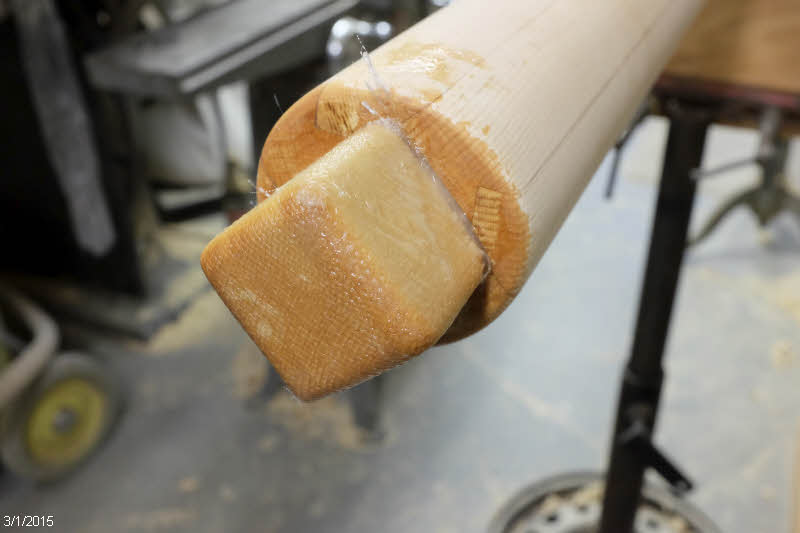 At the same time I filled in some small voids in a couple places on the mast.  These were caused when I had a bit of a glitch routing out the V-grooves. The stave rode up and the router bit cut a little closer to the edge in a couple spots.  I didn't have quite enough epoxy spread in the joint to fill this on initial glue up. 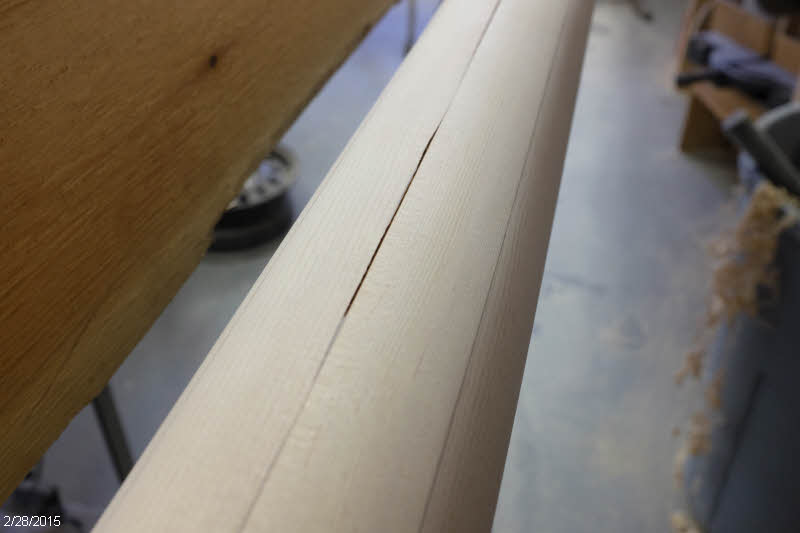 So I brushed in a little unthickened epoxy, which flowed in to fill them completely. 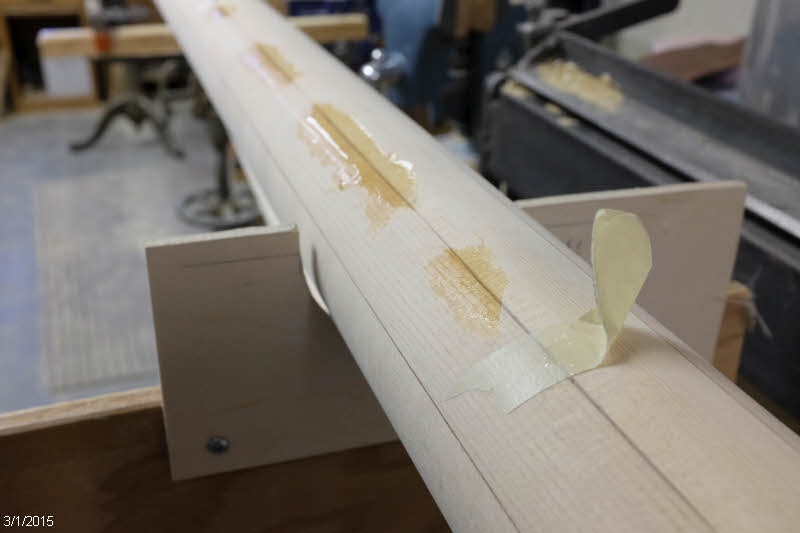 When the epoxy cures I will sand things smooth, run a fillet around the plug in the bottom of the mast, and then coat the mast and spars with epoxy.  As of now I plan to paint the boom and the yard and varnish the mast to show off the wood.

Here's a sneak peak of the start to an upcoming project - I found this one really nice 16' long cedar 2x6 in the rack at Menards.  Nice tight grain and very few knots.  I'm planning to use this to build my yuloh - a Chinese sculling oar that I will use to move the boat when the wind dies.  I'll have more information on that to come. 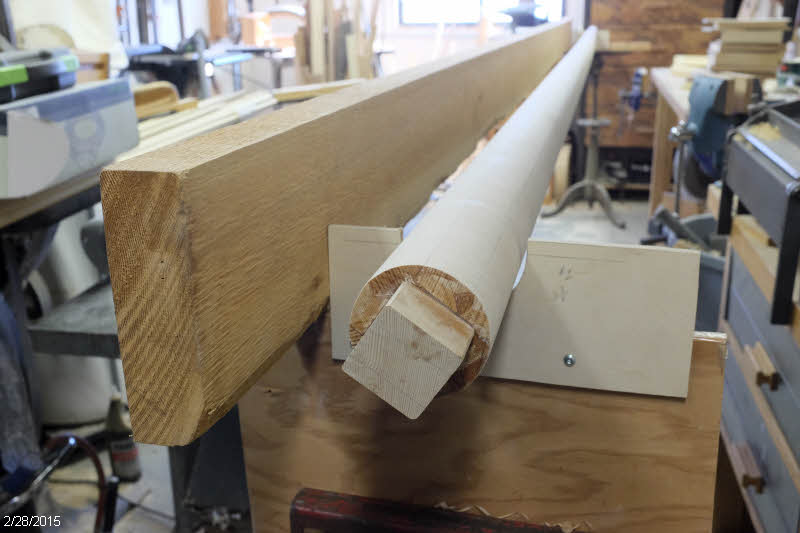 Posted by WoodnMetalGuy at 8:12 PM