With my mast rounded and epoxy coated I decided to complete the parts needed to actually hold it in the boat.  SCAMP is similar to other small sailboats in that the mast is secured in two spots, at the base and somewhat further up.  This design has a mast trunk, a box that the mast fits in  (see this post: <mast-trunk-installed>), so two blocks need to be made that fit the mast and the trunk, and hold the mast tipped aft at a 2 1/2 degree angle.

I used a scrap of pine cut from a lumberyard 2x6 to make the upper block. Rather than attempting to tilt the drill press head to exactly 2.5 degrees, I instead left it vertical and made a ramp to hold the wood at the correct angle.

This was a good chance to drag out the old high-school trigonometry to calculate some dimensions. I could figure the length of the ramp needed assuming I would put a 3/4" shim under the end of it. 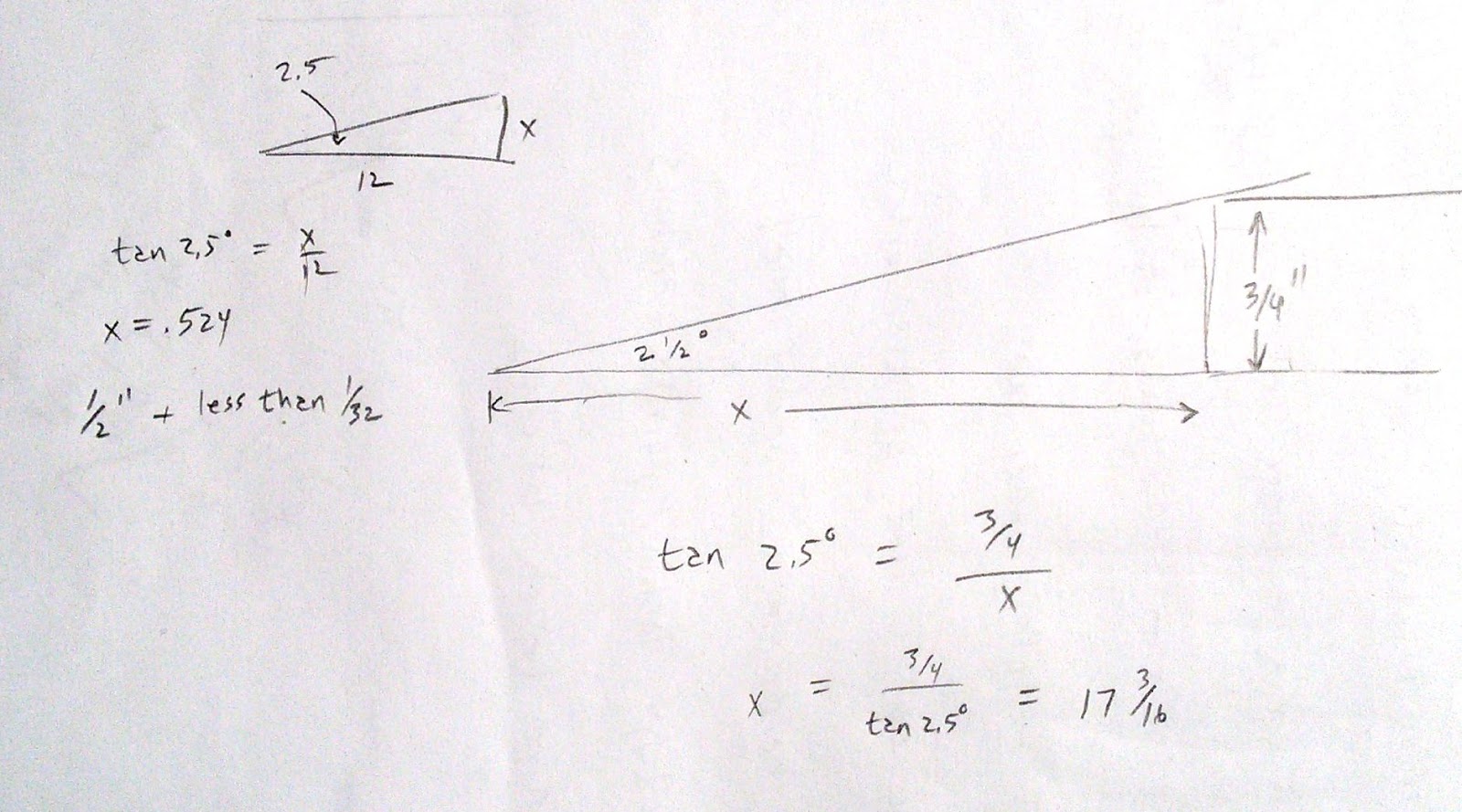 As it happened, I took my 3/4" shim and first jointed one face of it at 2.5 degrees, so the height ended up about 5/8" rather than 3/4".  Not a problem, I just recalcuated the position based on the lower height and glued the shim in place. 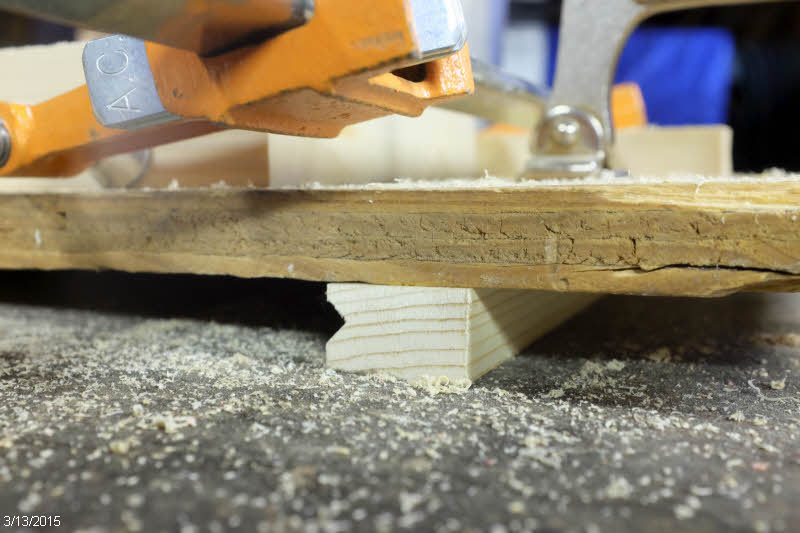 I then added a fence, clamped the ramp to the drill press, and clamped my stock to the fence.  I didn't want the 3" hole saw to grab and fling things around.  I drilled until the pilot bit cleared the other side, clearing the sawdust frequently, and then flipped the stock over and completed the cut from the other side. 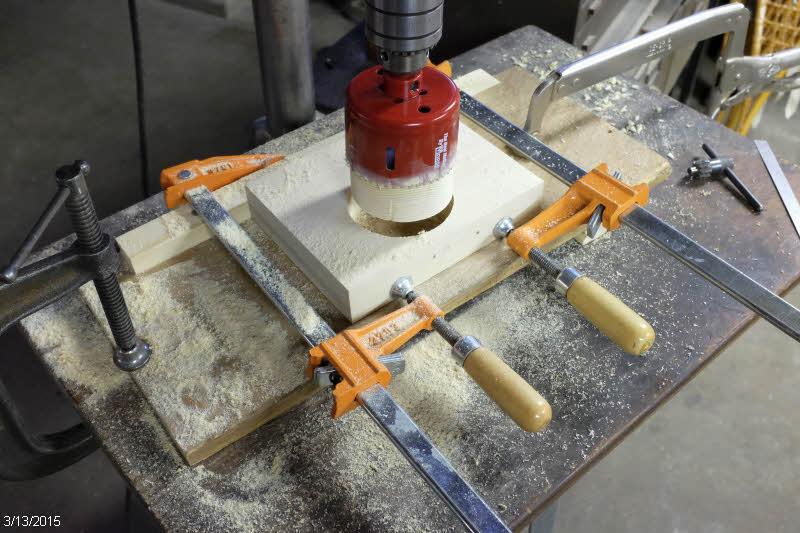 I did a test fit on the mast and things were pretty close.  However, it would be very difficult and messy to epoxy the block on if it had to slide over the end of the mast, so I cut it in two pieces, and enlarged the opening as needed to make up for the saw kerf until I had a nice fit.  I then trimmed the block to width and length and epoxied it on, using a level to make sure it was aligned with the square block on the base of the mast. 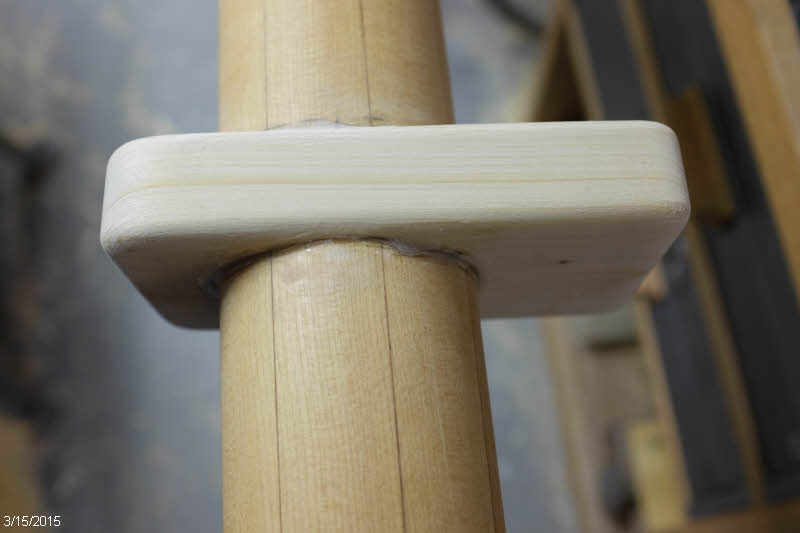 Note that when cutting the block to length another session of trig came in handy to figure out how far off center the hole needed to end up.  Turns out they need to be between 1-1/4" and 1-3/8" offset. 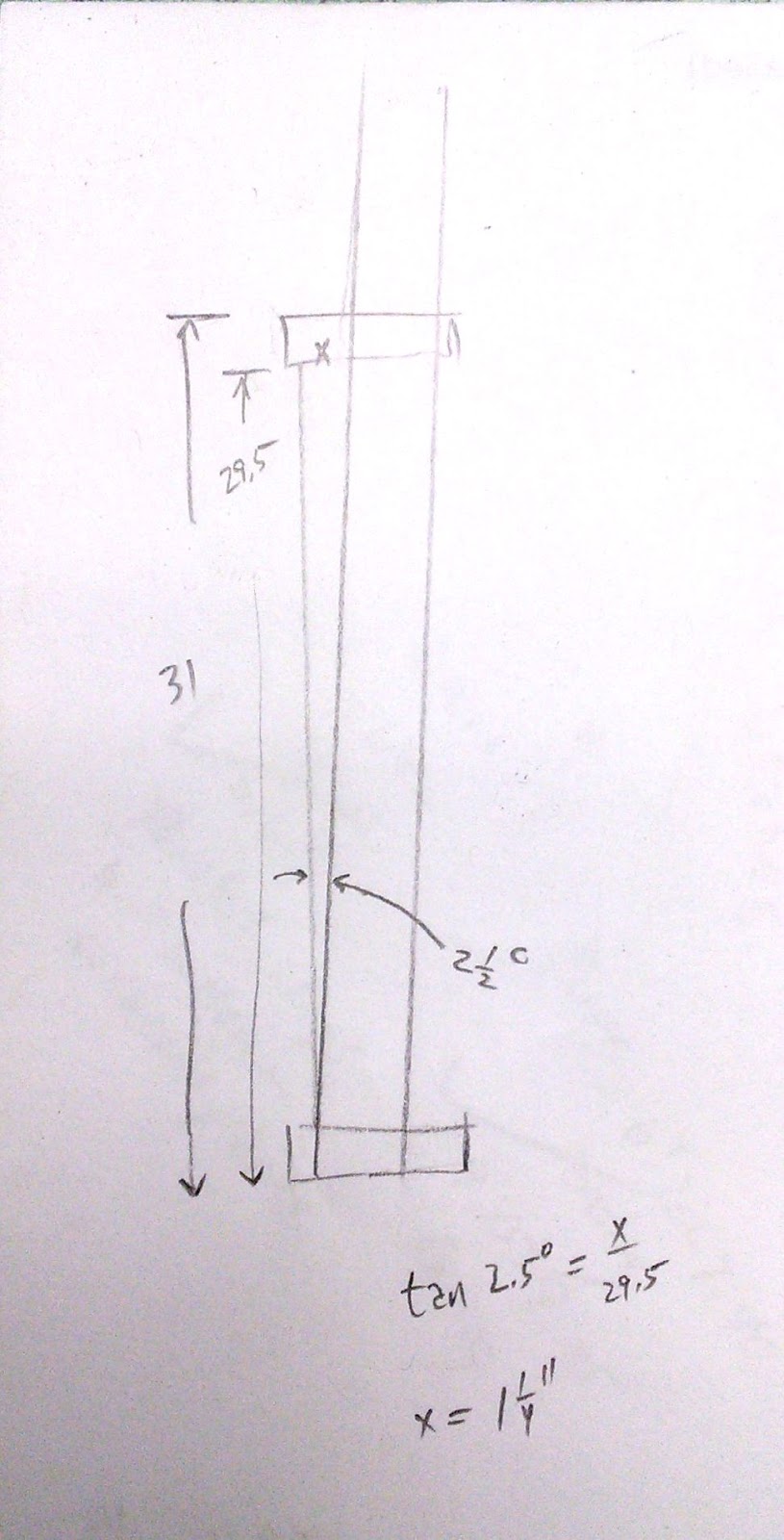 Next I made the block that holds the base of the mast.  Since I glued in a square block at the base of my mast, I needed to make a block with a square hole, angled at 2 1/2 degrees.  I have about another half page of sketches figuring out the correct dimensions to make this up from four pieces of wood as shown below.

OK, five pieces.  I was not thinking clearly at one point and cut off my blank in the wrong place, so the hole wasn't where it belonged.  Rather than starting over, I decided to trim the far end and add a piece on the near end to move the hole over. 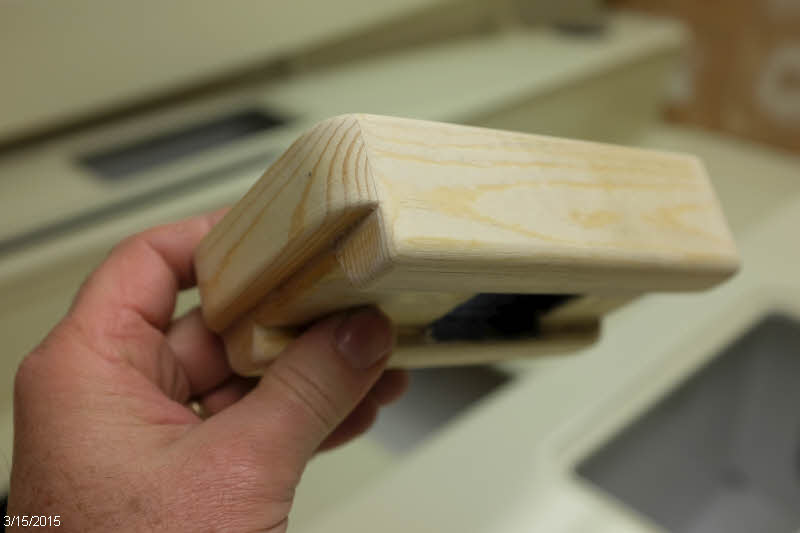 The center portion of this lower block is made of 2x material, which ends up not thick enough to hold the mast plug off the bottom once the taper is cut.  That's why the side runners are deeper.  This has the side benefit of providing space underneath for water drainage and ventilation.

I epoxied the pieces together and then cut the top at a 2 1/2 degree angle and rounded all the edges.  2 1/2 degrees doesn't sound like much, but as you can see it's quite noticable.  Over the 16 foot length of the mast it tips the top back over 8 inches. 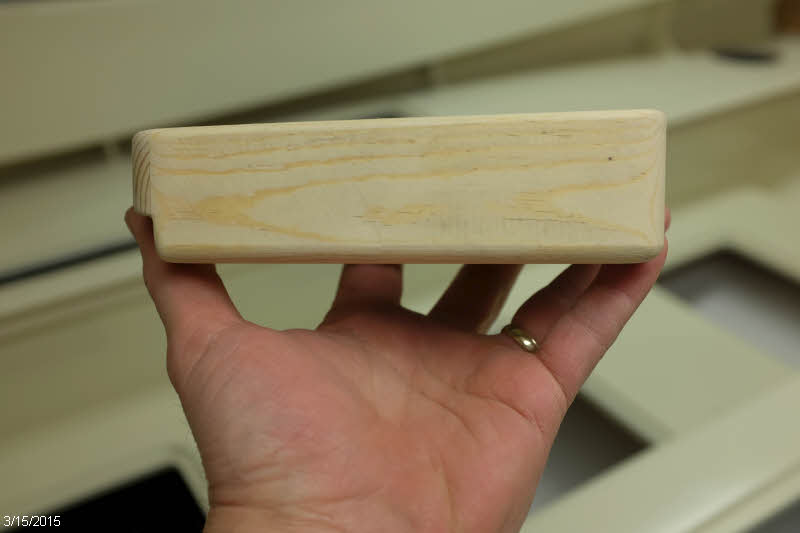 Here's the lower mast step ready for a coat of epoxy.  This piece will remain in the boat when the mast is removed, while the upper block is epoxied to the mast and is removed with the mast.  I coated the inside of the step and the square block with graphite thickened epoxy to make them slide together easily. 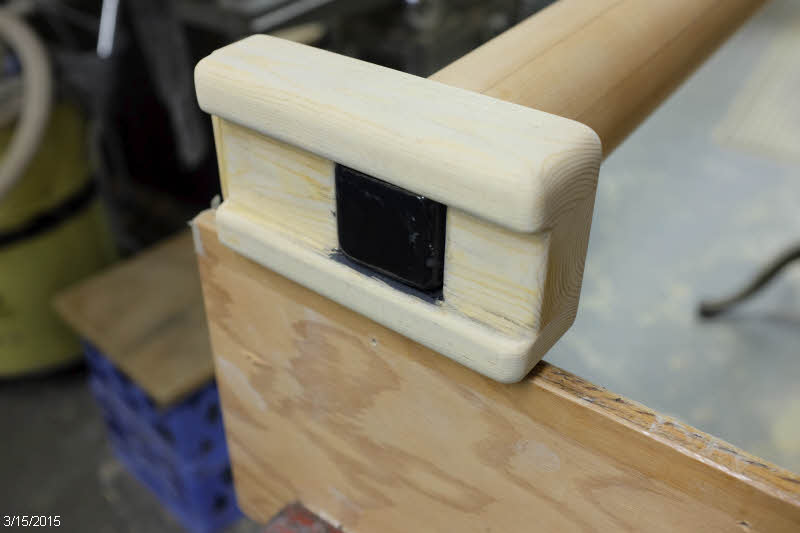 I won't be able to see how easily the mast inserts until I have the boat out where there's no ceiling overhead, but I think this will work well.

Posted by WoodnMetalGuy at 9:46 PM